Short speech written as introduction to talk given by Gregor McGuckin  in Poolbeg YC in Feb 2019.

The original Golden Globe race was organised by the Sunday Times in 1968.  In competition to the Observer newspaper which had the very successful OSTAR race, the Times decided it wanted to get in on the sailing sponsorship game.  They realized that following Francis Chichester’s famous round the world one stop voyage it was only a matter of time till somebody sailed around non-stop.  They identified a few sailors who had plans to try and corralled them into a loose competition and called it the Golden Globe.  It was loose in that there was no start, just the stipulation that you had to begin in the summer of 1968 from an English port, sail around non stop, unassisted and return to an English port.  There were very few safety rules or restrictions on the type of boat you could use.  There would be a prize, The Golden Globe, for the first to succeed and then a cash prize for the fastest circumnavigation. RKJ won both.
There were 9 starters.  I will list them and give a short summery of what the race did to them.  Some of them are now famous, others forgotten.  All of them I think were profoundly changed by the experience. Some for the better others tragically.

1.Robin Knox Johnson. Knighted. Stellar career.  He fully supported the 50 anniversary race and brought his old Suhaili to the starting line.  Other classics of the era were also there. Joshua, Pen Duick, Gipsy Moth 4. 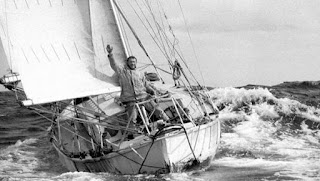 2.Bernard Moitessier  The ultimate dreamer and lost soul.  The St Francis of voyagers. 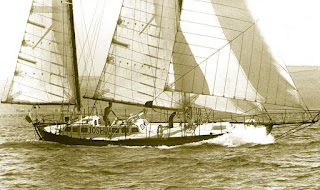 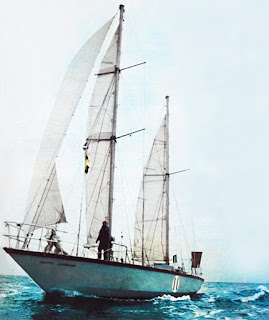 4. Loic Fougeron.  Boat a bit small. Knock down. Sensible decision to quit.  Had two other efforts at Cape Horn and in 1976 became the 4th French man to circumnavigate by Cape Horn. In bigger boat. 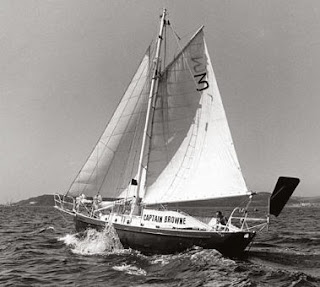 5.  Bill King.  Unlucky in his choice of yacht.  The Irish connection. 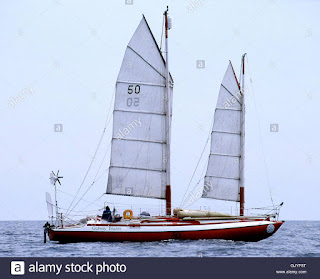 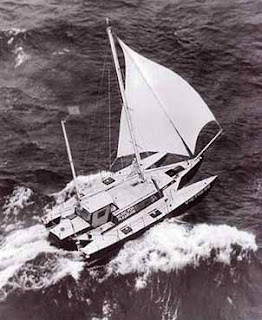 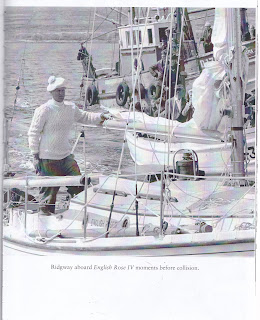 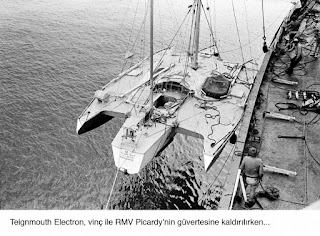 It is an indication of how far sailing and boat technology has come in the intervening years when one looks at the motley collection of boats which set out.  Especially the boats of Ridgeway and Blythe.

The 50 year anniversary race was the initiative of one Don McIntyre. An Aussie sailor, adventurer, and entrepreneur.  His main selling point for the 2018 race was that it should be for dreamers and adventurers and in particular, affordable. For those who did not have sponsorship.  Several of the entrants were his buddies.  He came up with the idea of restricting the race to boats designed and in production in 1968.  And a length restriction of 36 ft and full keel.  And lots of other restrictions.  Very few, or none of the original entrants would have qualified for the recent race.  Entrants would also have to use celestial navigation and could not get outside assistance by radio.  With exceptions.  There were onerous safety requirements which turned out to be a good thing.  The aim was to keep costs down. 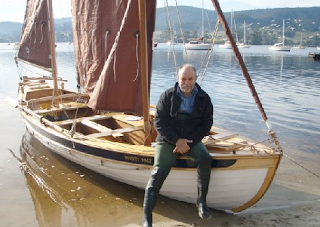 It is generally accepted that the 2018 race has been a great success and that Don McIntyre ran it with great skill, compassion and on a shoestring.  He has attempted to create a brand for the race and is going to run another one in 4 years time.

But I am sure that Gregor will tell you all about that.